The possibility to design materials whose structure and function is optimized to work out of equilibrium is an exciting new field. Here, we aim to synthesize and assemble polymer-based materials that express their function when they are in their out-of-equilibrium state. The functions we target are signaling and communication based on ion transport and inspired by communication in biotic systems. In project 4a we will work on the synthesis of these polymer-based systems. Molecular switches that can trigger and alter ion transport will be used as moieties embedded in the polymer structure (such as spiropyran and naphtol). These switches are only active when stimulated by external stimuli like light, stress, etc. and will confer the out-of-equilibrium nature to the material. In project 4b we will process and characterize these novel materials to form gels, networks or membranes. The structure, properties and function of these materials will be characterized in depth. These materials will be used to build systems and devices exhibiting gated signaling properties while the moieties are in their out-of-equilibrium state. 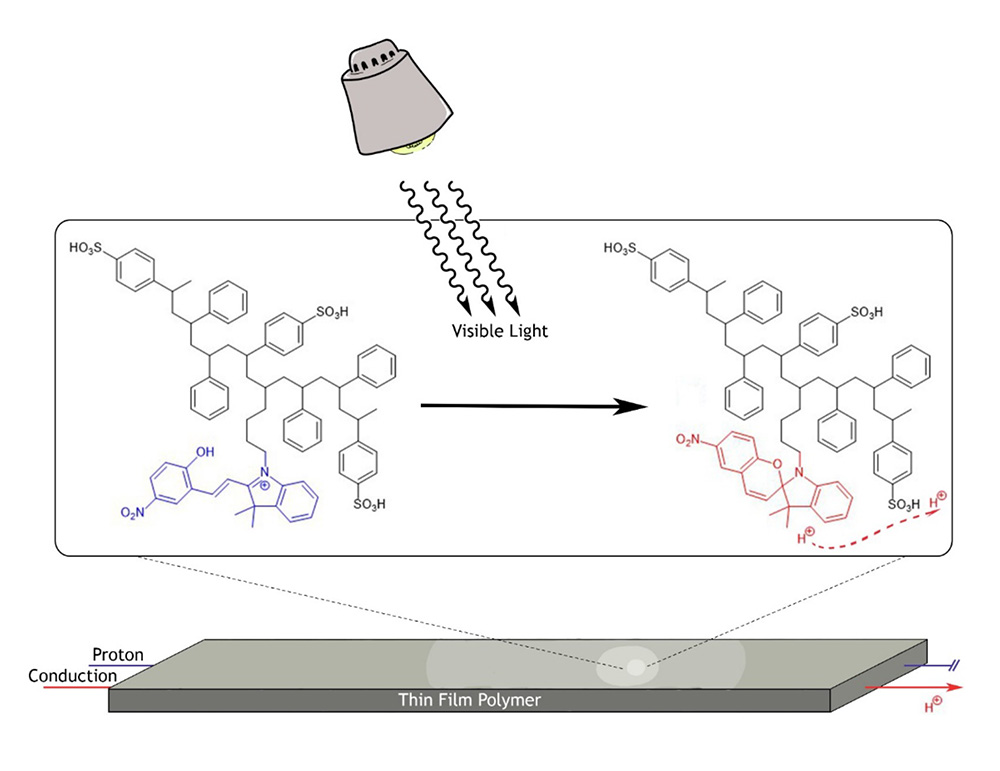 To synthesise and characterize new materials whose conductivity can be altered using light.

Initial investigation of photoswitchable compounds will allow us to identify molecules whose ionic binding properties are altered via the photoswitching process. We plan to synthesise monomers containing photoswitchable compounds (e.g.spiropyrans), and then synthesise proton or ion conducting polymers using the resulting compounds. When light of a specific wavelength is shining on the material, its conductivity will change; when the light source is removed, conductivity will be restored to its original value. We will characterize the materials made and investigate their ion or proton conduction properties. 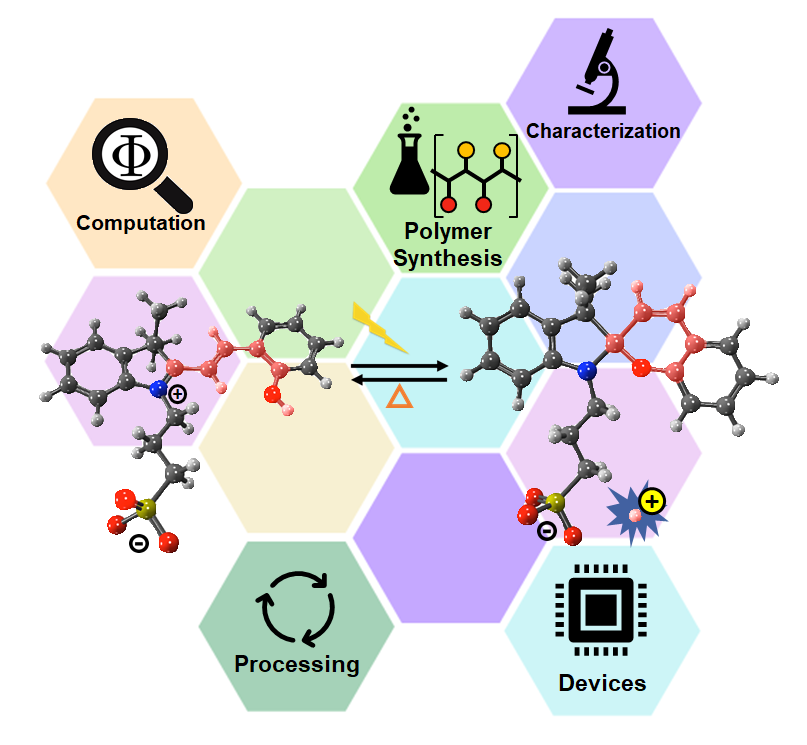 The aim of this PhD project is to develop new polymeric soft materials capable of expressing their functions and of working following the out-of-equilibrium (OoE) logic. These OoE polymers will be the core of new functional iontronicsdevices enabling controlled proton and ion transport.

To achieve the proposed objectives we aim to prepare polymeric materials following two main strategies: i) the preparation of polymerizable light-activated units and their use in the direct polymerization; ii) the grafting of the light-activated unit to a pre formed polymeric chain and iii) the characterization of their transient ion transport properties and the fabrication of devices (such as sensors and diodes). Several molecules capable of out-of-equilibrium proton release, i.e. photoacids, will be synthetized and characterized during this PhD and also theorical calculation will be performed as a support tool for the synthesis to try to obtain units with enhanced properties.

Ion transport will be characterized using impedance spectroscopy and other electrochemically based methods. Cyclic voltammetry will be used in case of redox reactions. AFM and TEM will be used to imagine the nanostructure of the materials at the local scale, while X-ray scattering (SAXS and WAXS) will be used to probe the nanostructure of the material on a large scale, in the suospension/gel/membrane state and with the possibility to measure structural modifications in-situ (i.e. during light exposure, change of pH, etc).